Building A Futureproof Brand? What You’ll Need In 2013. 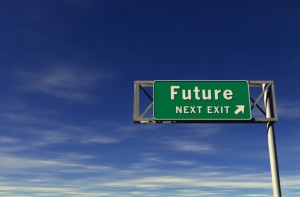 (By Marc Stoiber). I help clients build futureproof brands, so a predictions article seems a natural fit. And because collaboration with my network of global experts is part of building those brands, I’m blessed to stand on the shoulders of giants when looking ahead.
So without further ado, let’s launch right into it.  My futureproof brand 2013 predictions (with a little help from my very talented friends).
1. The Implosion Of ‘Greed Is Good’ Brands
I leaned on my friend John Marshall Roberts for this one. John is a best-selling author, behavioral scientist and founder of Worldview Thinking. When I asked him to polish the crystal ball he told me “The individualistic worldview, focused solely on profit, is continuing to decay. Obama’s re-election gave it another kick – expect continued collapse of this worldview, and the brands it represents, in 2013.”
But will we suddenly be inundated with brands that put the humanistic worldview first? Not necessarily. “There is going to be a rise of companies that succeed against all status quo wisdom” Roberts says. Think Tom’s Shoes, with its ‘buy one give one’ philosophy. Or Zappos, selling insane service to build a shoe business…   Read the full article here .

Email ThisBlogThis!Share to TwitterShare to FacebookShare to Pinterest
Labels: Branding

Banks: The Epitome of Social Irresponsibility 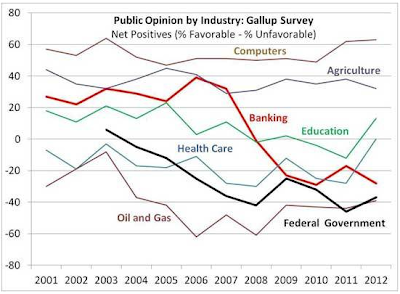 Financial crisis, casino gambling, outsized bonuses, rate fixing, now money laundering, etc, etc . In the last six years, the public's opinion of the banking industry has dropped by over 60 points. No wonder then that even the Wall Street Journal is beginning to call for the largest banks to be broken up. See more here .

Corporate sustainability lost some of its sexiness in 2012 ?

It was an odd year for green business, and it began with some mixed signals about how far companies were coming on sustainability. A GreenBiz report indicated that progress had slowed or even regressed, but MIT and BCG also declared that sustainability had reached a "tipping point" with more companies putting sustainability "on the management agenda." A very interesting article at HBR, here .
Posted by : at 18:23 No comments:

Email ThisBlogThis!Share to TwitterShare to FacebookShare to Pinterest
Labels: Business and Society, CSR and Global Brands 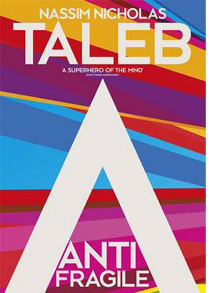 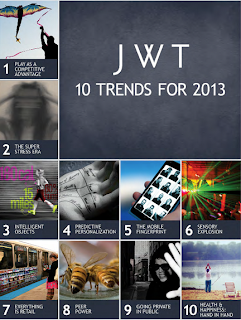 JWT recently released the eighth annual forecast of key trends that will shape or significantly impact consumer mindset and behavior in the near future. No need to elaborate why such trends have considerable impact in the MarCom strategy of every company in our times.
In this year’s report, new technology continues to take center stage, as we see major shifts tied to warp-speed developments in mobile, social and data technologies. Many of our trends reflect how businesses are driving, leveraging or counteracting technology’s omnipresence in our lives, and how consumers are responding to its pull. However, what should be noticed in the 2013 report, is the fact that MarCom people are for the first time pay attention  on happiness and  well-being and how businesses are addressing it for marketing and real good purpose. Happiness  was a favorite  theme in the book  ‘Nice’ Capitalism four years ago ( you can also download for free ) and a popular topic of many posts in this blog. See more about the ten trends, here . For  stories about the new breed of superior brand species, ie Nice Brands, follow us also in Twitter .
Posted by : at 21:13 No comments: