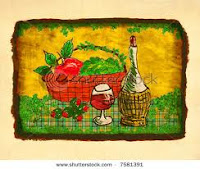 An interesting study for better measuring people’s well-being: the BCFN Index from Barilla Center. The BCFN Index takes as its premise that a country’s wellbeing depends on many different variables that cannot solely be attributed to economic aspects. Hence, GDP, which for years has been deemed a partial indicator in portraying the state of economic growth and wealth of a country and its citizens, is no longer sufficient because it does not contemplate a number of elements that contribute to the social wellbeing of people. Hence, the BCFN Index introduces a series of new factors: dietary choices and habits, lifestyle, pathology rates, educational level, access to technology, level of political participation, and welfare system. The rankings, determined on the basis of the BCFN Index parameters, is led by Sweden with 7.23 points (on a 10-point scale), followed by Denmark with 6.88. Japan is in third place with 6.61 points, followed by a trio with similar scores: France (5.90), UK (5.81), and Germany (5.57). Italy is seventh with 4.85 points, just ahead of Spain (4.51). The United States (3.88 points) are in second-to-last place, with only Greece behind them (last with 3.29 points). The complete version of the BCFN Index report is here, while the related press release here.
Posted by : at 00:03

Email ThisBlogThis!Share to TwitterShare to FacebookShare to Pinterest
Labels: Business and Society, CSR and Global Brands, Happiness and Well-Being