Some investments aren’t meant to make a profit.

The business of.. business isn’t only about profit. It’s about people. Particularly people who have made a difference. We often meet these people at moments when they feel at their most vulnerable or helpless. But it’s in such moments that the human spirit can shine through. That’s what this story is all about. The “ You Are The Big Picture” campaign pays tribute to these people in giant portraits designed to match the size of their compassion, resolve, determination or integrity. A great communications campaign by Aviva.
Posted by : at 17:41 No comments:

Email ThisBlogThis!Share to TwitterShare to FacebookShare to Pinterest
Labels: Business and Society, CSR and Global Brands, Marketing and Advertising

Is Internet making us stupid? 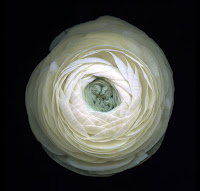 Do you think the Internet has altered you mind at the neuronal, cognitive, processing, emotional levels? Yes, no, maybe. Philosophers, scientists, writers, journalists reply to the Edge annual question 2010, in dozens of texts . In the summer of 2008, American writer Nicholas Carr published in the Atlantic Monthly an article under the title Is Google making us stupid?: What the Internet is doing to our brains, in which highly criticized the Internet’s effects on our intellectual capabilities. The article had a high impact, both in the media and the blogosphere. Edge.org – the intellectual online salon – has now expanded and deepened the debate through its traditional annual challenge to dozens of the world’s leading thinkers of science, technology, thought, arts, journalism. The 2010 question is: “How is the Internet changing the way you think?" They reply that the Internet has made them (us) smarter, shallower, faster, less attentive, more accelerated, less creative, more tactile, less visual, more altruistic, less arrogant. That it has dramatically expanded our memory but at the same time made us the hostages of the present tense. The global web is compared to an ecosystem, a collective brain, a universal memory, a global conscience, a total map of geography and history. More than 120 scientists, physicians, engineers, authors, artists, journalists met the challenge.
Posted by : at 19:25 No comments: 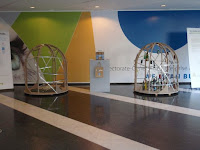 An exhibition, organized by FEVE, was held during the month of October 2010 in the premises of DG Enterprise of the European Commission(Breydel Building, Brussels). It aimed at reproducing the bottle-to-bottle production system of glass packaging., as glass is 100% and infinitely recyclable. At the end of its life, glass is collected and it can be recycled in the production of new bottles. Glass packaging is non-toxic and does not contain any chemical substances. It protects human health and it preserves products. The exhibition consisted of an artistic reproduction of two glass bottle banks and a piece reproducing the shelves of a supermarket. The stand was completed with four banners with some key messages on glass packaging. It was realized by a Belgian sculptor – Ladislas de Monge (www.demonge.be).
Posted by : at 16:18 No comments: